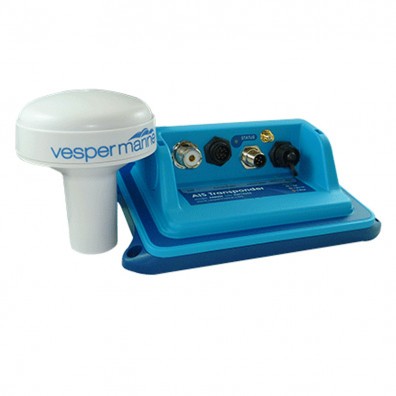 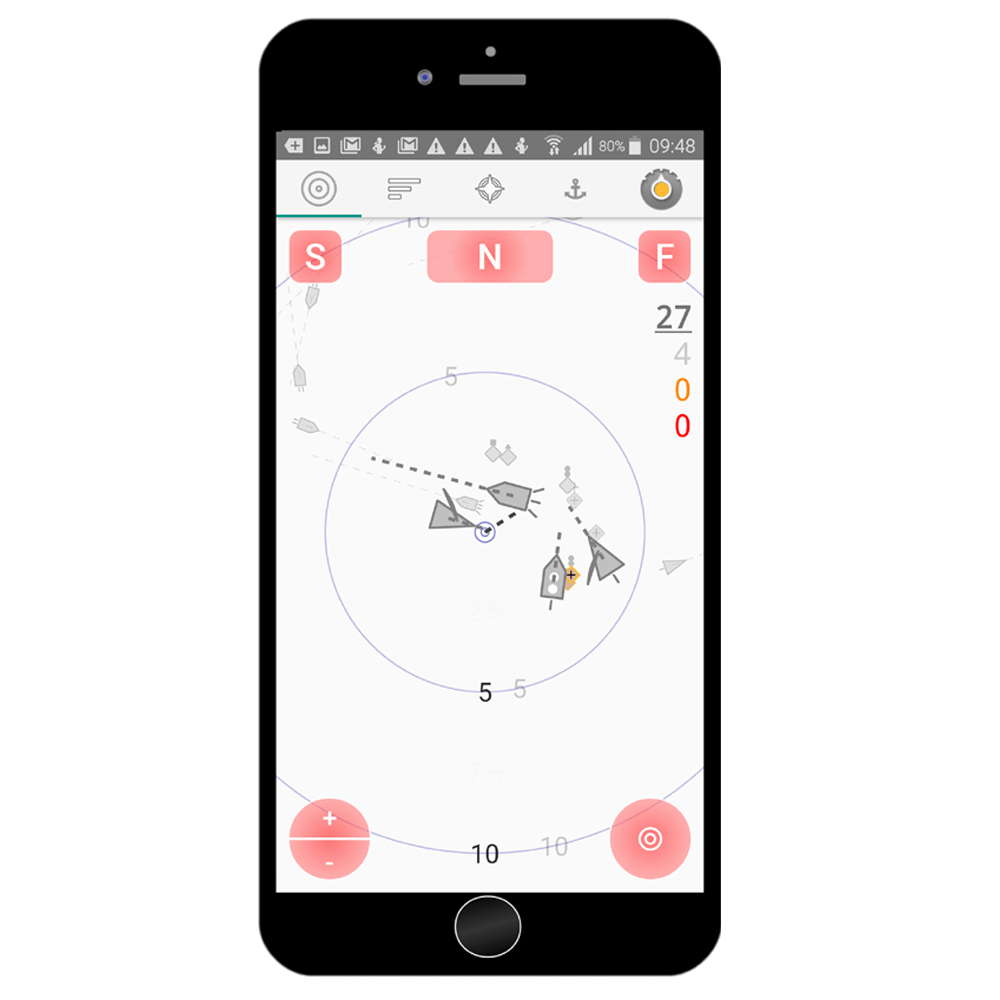 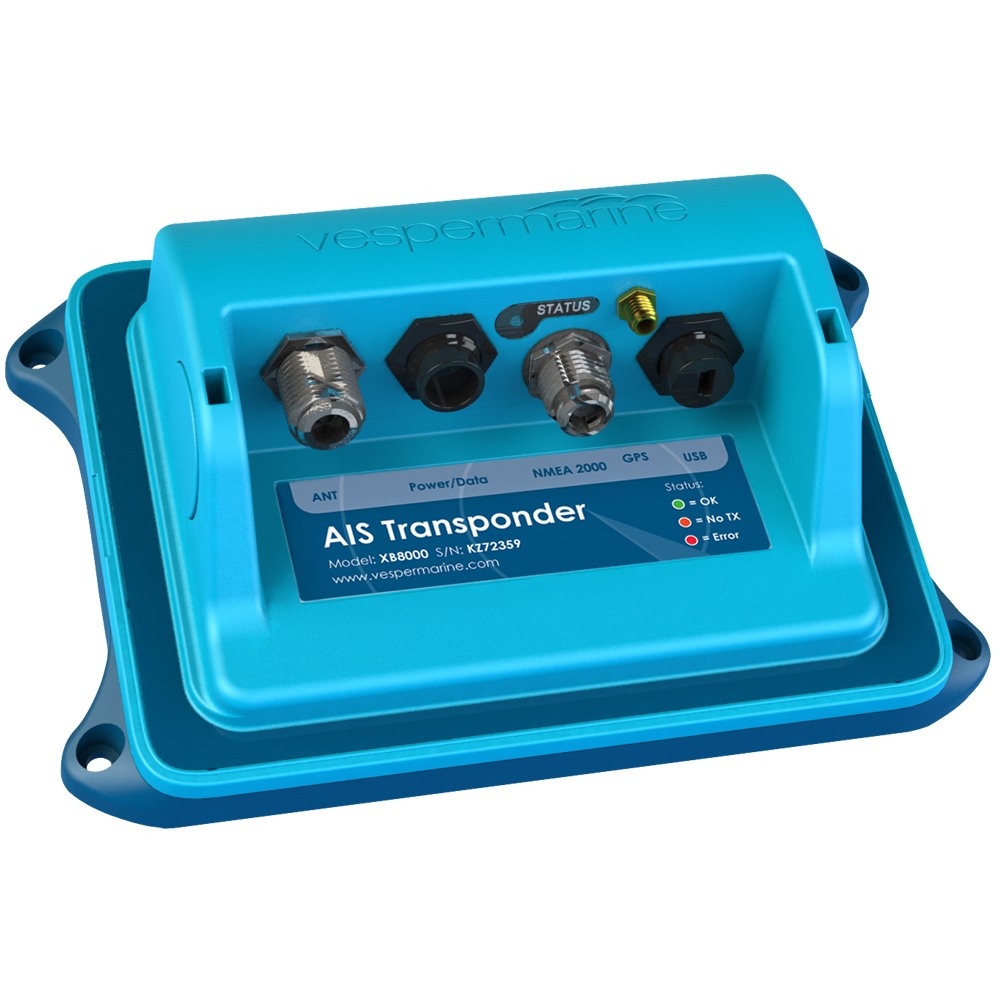 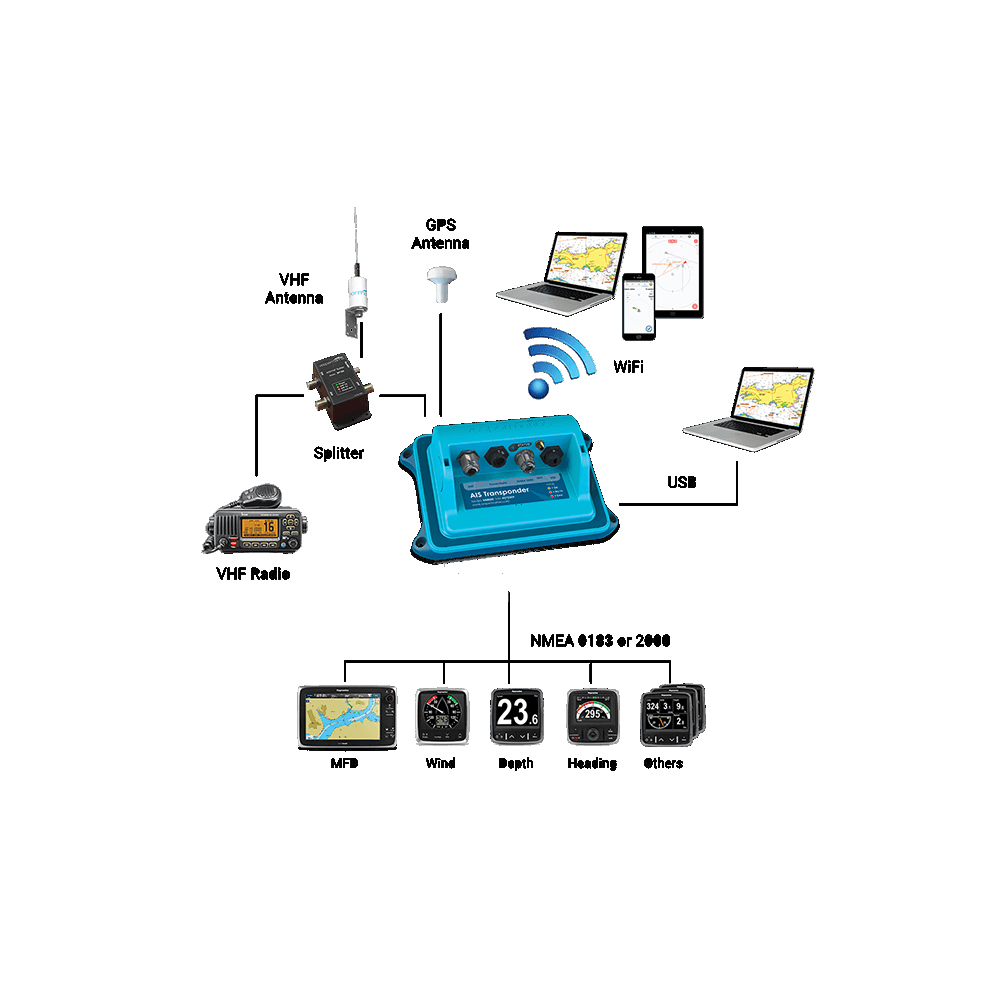 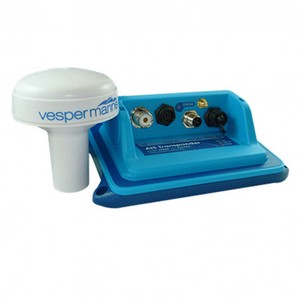 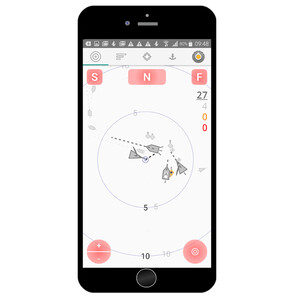 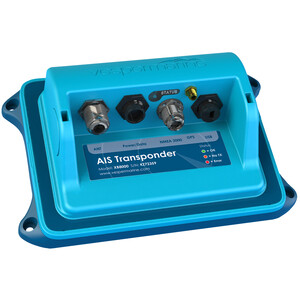 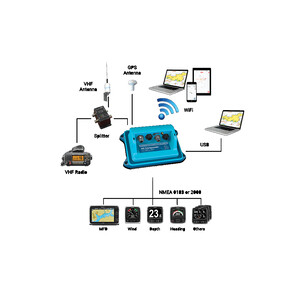 More than just an AIS transponder, the XB-8000 is the world’s first black box Class B AIS transponder with smartAIS alarms. These alarms are proactively triggered in case of potential collisions, man overboard or anchor drag situations. Monitor navigation instrument data and receive alarms on your smartphone, tablet or smartwatch over WiFi anywhere on board. The smartAIS alarms are active even if your connected devices are switched off as it includes an external alarm and switch that can be mounted anywhere on board for easy access. Th XB-8000 also has a built in NMEA gateway that translates NMEA 2000 navigation data and routes it over WiFi, USB or NMEA 0183.

Now compatible with the Navionics App

Navionics announced that AIS from Vesper Marine's smartAIS transponders is now available on their app for Android and IOS devices. The World's No 1 Navigation App has introduced this feature to enable boaters to view Class A and Class B vessels and Aids to Navigation (AtoN) directly on the App’s nautical maps for enhanced situational awareness.

Vesper Marine AIS overlay is available for all active subscribers of Navionics. To view AIS, update your Navionics App and connect the App to the WiFi of the Vesper Marine smartAIS transponder and targets are visible on your charts in real time.

SAFETY AT ANCHOR - Anchor Watch Sleep soundly, knowing you’ll be alerted if your anchor is dragging.

WatchMate XB-8000 translates NMEA 2000 instrument data such as heading, wind, depth, speed, log, and temperature. This allows you to view this data, along with GPS and AIS information, simultaneously on up to five WiFi devices (tablets, smart phones, computers) as well as computers via USB or plotters using NMEA 0183. For more than five mobile devices or to combine with on-board internet the XB-8000 can wirelessly connect to other WiFi routers.

While the WatchMate XB-8000 is often mounted behind an instrument panel, its powerful external alarm and switch can be mounted anywhere on board at a convenient location where you can access it.

The external alarm and switch is primarily used to sound an alarm when smartAIS detects a collision situation, if your anchor drags or if there is a man overboard activation. The alarm sounds even if the MFD, plotter or mobile device is turned off. The alarm can be silenced by pressing the external switch.

XB-8000 consumes very low power which makes it most effective when power is limited in resource or needs to be conserved.

While cruising, the XB-8000 sounds the alarm in case of a potential collision or a man overboard situation, even when all other equipment like MFDs or mobile devices are switched off. While at anchor, you can sleep soundly knowing fully well that the smartAIS transponder watches out for anchor drag or man overboard situations and sounds the alarm without needing any other equipment.

Vesper Marine is compatible with all the leading brands of marine equipment and MFDs including Humminbird, Raymarine, Garmin, Furuno, B&G, Lowrance, Simrad and many more.